Alzheimer’s disease is the most common type of dementia. It can seriously affect a person’s ability to carry out daily activities. It is a progressive disease that starts with mild memory loss and possibly leading to loss of the ability to carry on a conversation and respond to the environment. Alzheimer’s disease involves parts of the brain that control thought, memory, and language.

Also known as senile dementia, the incurable disease is most common in people over the age of 65, but in rare cases affects younger people.

Alzheimer’s is currently the seventh leading cause of death amongst all diseases and one of the major causes of disability globally and there is yet to be a specific cause for the disease. Some of the factors known to trigger Alzheimer include;

Age: The chances of developing Alzheimer’s disease doubles every 5 years after you reach 65. However, around 1 in 20 people are at risk of developing the disease that is under the age of 65.

Cardiovascular disease: Research has shown that lifestyle factors and conditions related to cardiovascular diseases can increase the chances of developing Alzheimer’s disease. These include; obesity, diabetes, high blood pressure, high cholesterol, and smoking.

Genetics: There is a small chance that genes inherited from your parents can contribute to the development of Alzheimer’s disease. But in a few families, inheritance of a single gene can cause Alzheimer’s disease and also the risks of the condition being passed down.

Head Injuries: sometimes, severe head injuries can increase the risk of developing Alzheimer’s disease, but research is ongoing in this area.

As the exact cause of Alzheimer’s disease remains unknown, there is no certain way to prevent the condition, but there a few ways to help reduce the risk. Some are; 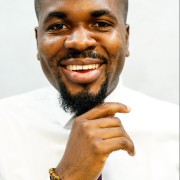